What’s the advice every amateur biker has to face? It’s to look for an easy-to-handle motorcycle. And, a 250cc cruising bike is mostly the top recommendation. But just because you are prioritizing safety doesn’t mean you don’t want speed. That brings us to, how fast is a 250cc motorcycle go?

A 250cc motorcycle can achieve a top speed of 80 to 85 mph. The number goes up to 97 mph for some top-notch brands. However, the top speed also depends on several other factors like torque, rpm, weight, etc.

In this article, we have analyzed the speed factor of a 250cc motorcycle. We have also covered the factors affecting its top speed and whether it’s right for you or not.

So, without spoiling it anymore, let’s begin.

What Does 250cc Mean In A Motorcycle?

CC is a common term that keeps coming up while discussing the power of an engine. So, what does it mean anyway?

In well, CC or cubic centimeter refers to the volume of an engine’s inner cylinders. It’s the measure of how much air the cylinder contains at once. So, larger cc means the engine has more space for air. 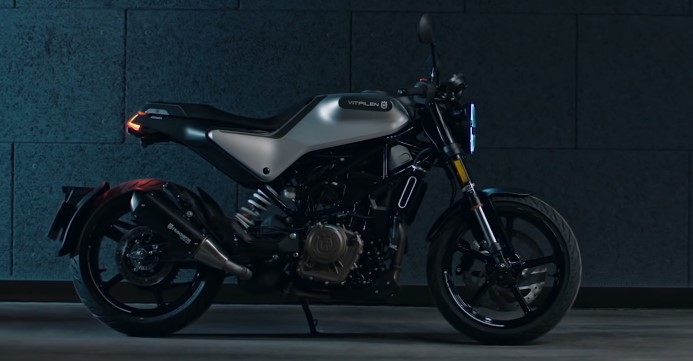 Now, here comes the fun part. We all know how an engine works. It intakes air, mixes it with fuel, concentrates the mixture through a piston, ignites & generates power. The amount of air a 250cc engine can intake at once is greater than a 100cc engine.

As a result, when the piston goes up & down, more air gets mixed up with fuel in one single stroke. That ultimately leads to more output and strength.

How Fast Does A 250cc Motorcycle Go?

An average 250cc motorcycle stays within the 80 to 85 mph range. This is perfect for cruising or improving an amateur’s skills. Even though the displacement is the same, the top speed changes for every model.

That’s because engine displacement only tells us how powerful an engine is. It is not the final measurement for speed. In fact, torque, horsepower & RPM tells us more about the top speed.

Here, you can see the difference in maximum speed and horsepower for various models under the same 250cc category.

The table clarifies that you can use cc to judge a motorcycle’s speed, only if the displacement is different. For example, the Honda Rebel 300 would be faster than the Kawasaki Ninja 250r. Because the former has a displacement of 286cc while the latter is strictly 250cc.

However, once you move to the same displacement spectrum, torque is a better judge for their speed. As you can see, the Suzuki TU250X has the lowest torque (12.54lb per ft) in the chart which restricts its highest speed to 75 mph.

On the other hand, the Kawasaki Ninja 250r has the highest torque (18lb per ft) which dramatically influences its top speed too (105 mph).

Two Stroke VS Four Stroke: Which 250cc Motorcycle Is Faster?

You already know how the engine size impacts a motorcycle’s performance. What if we tell you not all the engines are the same? Yes, a motorcycle can either have a two-stroke or a four-stroke engine. And, it affects the top speed of a particular unit. 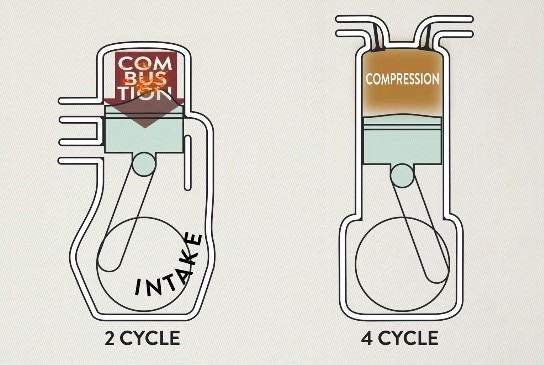 Plus, due to fewer compartments, two-stroke engines are lighter. That tends to keep the overall weight of the motorcycle lower. It plays a part in further increasing the speed level for you.

Despite these benefits, two-stroke engines are not fuel efficient and produce loud noises. That’s why riders prefer a four-stroke engine despite the speed issue.

Liquid-cooled VS Air cooled: Which 250cc Motorcycle Is Faster?

There is much confusion regarding the liquid-cooled & air-cooled engines. Which one can help you achieve the highest speed? Well, both the engines have their advantages & disadvantages. We will only look at how the systems affect the motorcycle’s speed.

You see, whenever a bike reaches the top speed, the amount of heat waste due to higher friction also increases. It gets tough to maintain the speed consistency. That happens with an air-cooled engine. The top speed slowly lowers during long rides.

On the other hand, a liquid-cooled engine requires a separate tank and pipe to reserve the liquid inside. That contributes to the extra weight of the unit. And, sure enough, affects the top speed badly. However, the liquid is more efficient to cool down the inner parts than air.

That being said, a liquid-cooled engine reduces the amount of waste (heat) produced after each cycle. The less heat an engine produces, the more power you can expect from it. That means a 250cc liquid-cooled engine will run longer at the top speed without losing consistency.

Why Can’t You Reach The Top-speed Of A 250cc Motorcycle?

Is your 250cc motorcycle not fast enough? We have listed down some reasons that alter the bike’s speed below. Have a look.

Weight & Size Of The Unit

You have to consider both the bike and the rider’s weight. Did you know that a 1000cc four-wheeler and a 300cc motorcycle have the same max speed? It might sound weird because 1000cc is much bigger than 300cc.

However, the car is heavier than a small road bike. And, that extra weight reduces its top speed significantly. That’s the reason why bulkier motorcycles need more displacement (cc) to achieve a higher speed. A 250cc in a 300-pound bike will produce more speed than a 400-pound one.

Of course, you need to have a decent amount of skill. For an amateur, it would be hard to drive a motorcycle safely at the top speed. Plus, how to balance the bike on rough terrain, take a turn, jump between speeds, etc. requires experience.

A pro rider can easily extract the most speed and performance from a 250cc motorcycle than a beginner.

There are so many accessories available to increase your comfort & safety while driving. Take discs for example. They help you control the brakes more efficiently.

But, if you install discs on both wheels, it will increase the total weight. As expected, the top speed will decline noticeably. Our suggestion would be to attach discs only on the front tires to keep the weight lower.

Read Also: When To Shift Gears On A Motorcycle At What Rpm?

Is A 250cc Fast Enough For Highway Cruising?

A 250cc bike is perfect for highway cruising. You can go up to 30 mph on the highway and maintain the speed throughout the ride. You must remember that a 250cc has a top speed of 85 mph.

But, here’s a catch, not many motorcycles can continue to this speed while cruising. It might go lower if you stretch the time. Nonetheless, a 250cc will still have enough mileage to match up with the traffic.

Is 250cc A Good Starter Motorcycle?

Most beginners hesitate to go for a 250cc motorcycle. This is because they think the bike is not suited for most fun activities. And, most importantly they will eventually outgrow the bike after some years. So, why waste money on it?

Well, we have a different perspective. The average weight of a 250cc motorcycle is 300 to 350 pounds. It’s easier to handle as a beginner. Since bigger bikes are bulkier, you will have a hard time balancing them on the road.

Plus, a 250cc stays on the safe side by restricting the top speed to 85 mph. Speed is very common to cause accidents as a beginner. Due to being lightweight, the 250cc unit will cause less harm.

Overall, a 250cc would be a good choice for a beginner to learn the ropes.

In this article, we have tried to give you a clear picture of how fast is 250cc motorcycle goes. We understand that speed & adrenaline are two major factors for most riders. However, when you are starting out, you have to consider the safety aspect too.

In our opinion, 250cc is the right mixture of speed & safety for a beginner. If the concern is only cruising on the roads and having fun with other riders, even an experienced rider will love it. However, the decision is all yours.

Hope this was useful to you.