As we may know, Innovation has since changed how motorcycle systems work, from the gas engine to the carburetor; motorcycle manufacturers have evolved the machine to fit the needs of modern-day users. However, motorcyclists still desire to know the answer to what year did Harley start fuel injection, as this would help them make an informed choice when purchasing their next bike. While a simple carburetor system is easier to fix, the fuel injection system is more economical and eco-friendly.

The Electronic Fuel Injection (EFI) was first introduced in 1995 by The Harley-Davidson motorcycles.  The Electra Glide became the first of their motorcycles to have the EFI as an option.

This article will take a simple approach to help readers understand what year Harley Davidson introduced fuel injection and why it is the preferred choice for many motorcycle enthusiasts.

Why Fuel Injection Has Replaced Carburetors On Harley Davidson Motorcycles? 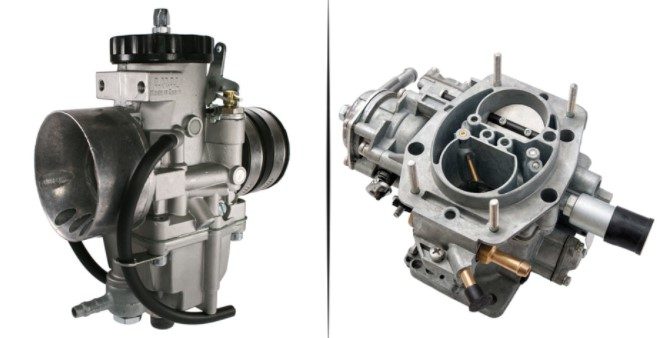 However, one thing is sure: before choosing a fuel injector over a carb, other factors such as temperature and pressure are essential in the decision-making process. The following paragraphs will highlight why fuel injection has replaced carburetors on Harley Davidson motorcycles.

One advantage that the carb has over the fuel injection is its long-standing acceptance. Many mechanics possess a better insight into carburetor engines than fuel-injection engines. So, it will be easier for carburetor users to get their machines fixed.

On the other hand, fuel injection took over carbs in current Harley-Davidson motorcycles because they provide better cold starting.

A carburetor-controlled motorcycle will need time to get warmed up at low temperatures. It is because carburetors make use of a choke system. The choke system adds fuel to the engine as compensation for the fuel stuck on the cylinder walls. Once the engines get warmed up, condensation is effectively reduced, and the choke is no longer needed.

Fuel injection performs better than the carburetor in this aspect because they don’t have problems with cold starts.

A well-calibrated EFI system produces more peak power because of its better fuel management. The phasing out of carbs by Harley-Davidson is also in part due to pressure from the environmental protection agencies. Fuel to air mixture is more controlled by fuel injection, which results in decreased emissions.

3. Better Mechanism of The Injection System

Another reason the fuel injection system replaced carburetors is EFI’s better mechanism. It is a computer-controlled system. An ECU reads the various sensors located on the motorcycle. Based on this information, it determines how much fuel to let through to the engine.

The system makes the EFI very fuel-efficient. The computer will systematically open and close the injectors. The mechanism is based on the sensor input, and the computer programmed fuel map.

On the other hand, a carburetor is dependent on the air velocity entering the venturi. The resultant action produces a mixture of air and fuel that drives the engine.

Finally, with a fuel injection system, the required fuel for each RPM is located on the fuel map. Once The ECU knows the amount of energy needed by the engine, the ECU will adjust the fuel intake for the engine and air temperature intake.

The mixture may also get adjusted for barometric pressure and altitude. These EFI features make it easy to understand why Harley-Davidson motorcycles replaced their carburetors.

How Do I Know If My Harley Is Fuel Injected Or Not?

The question of what year Harley started fuel injection isn’t answered if the bike user does not know how to check if their machines are fuel injected. It is easy to determine if a Harley runs a carb or fuel injection system. The following paragraph will highlight some simple ways to figure it out. 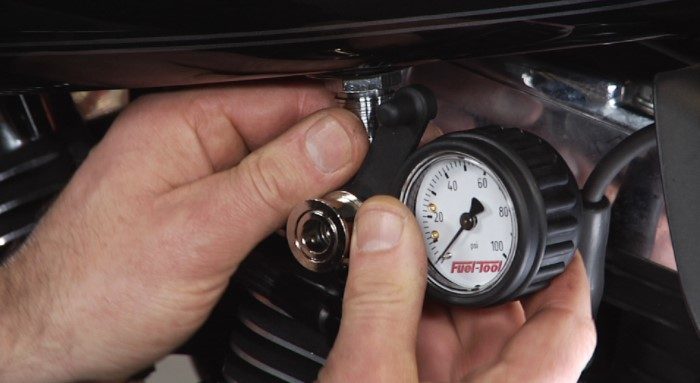 The manual is the easiest way to know if the motorcycle uses a fuel-injection system. The user manual tells the readers all they must know about the bike. Information such as the torque, power horse, and how to change fluids is contained in the user manual. A user manual typically comes packed with the motorcycle, especially if it’s brand new. User manuals can be gotten at stores for about 100 US dollars if the manual isn’t filled with the bike.

Removing the cowling is also an effective way to know if the motorcycle is fuel injected. Bikers can remove the cowling and look to see any injectors. Carburetor and injector bikes both use a butterfly throttle valve. The difference is that the carburetor units won’t have injector wiring harnesses and fuel rails. An added tip is for users to check if a high electric fuel pump is present.

When you decides to buy a Harley-Davidson motorcycle, knowing what year Harley Davidson started fuel injection is essential. It is imperative to decide on the one that best suits your personal need and interest. Those who seek an environmentally friendly motorcycle and fuel-conserving will benefit from a Harley Davidson bike that utilizes the fuel injection system.

Have A Look: How To Test A Motorcycle Fuel Pump?