Motorcycle keys are one of the most undervalued components in a motorcycle. And losing them is very common. However, it can sometimes pose a problem, especially if one has to get to a place quickly. This common problem has led many people to scour the internet, searching for how to start a motorcycle without a key.

Starting motorcycles without keys will require the person to bypass the ignition system. The process is quite easy if the bike is an older model. However, on new bike models, bypassing the ignition system can be a bit tricky without the right information.

This article will provide a step-by-step guide for starting a motorcycle without a key.

Is It Possible To Start A Motorcycle Without A Key?

Yes, it is possible to start a motorcycle without a key; but the possibility is dependent on the year of the manufacture of the bike. Over the years, the technology behind automobiles has improved drastically; this is also the same for motorcycles. Hotwiring was that simple before incorporating computers and electronic locking mechanisms into vehicles. However, it’s a little more complicated now to deal with central computer systems that handle the locking means. 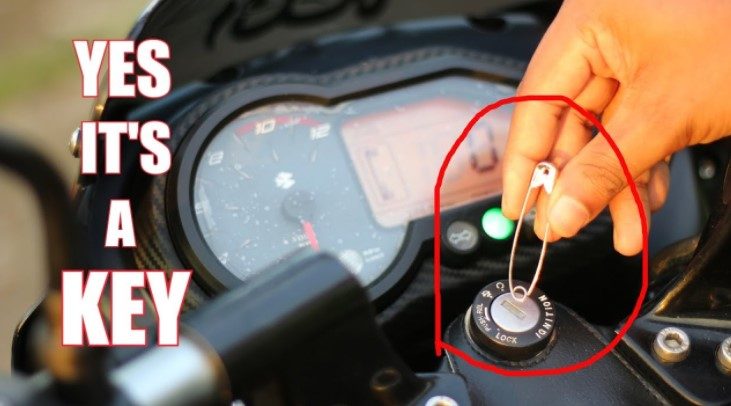 The advancement has made bypassing standard protocols like starting a bike without a key not easy, sometimes impossible. It depends on the type of bike being used; the kind of bike will decide if it can run without a key or not.  Older bikes are quickly started without a key, unlike the new generations, which are encased with a complex ignition wiring system.  However, all these improvements are made to checkmate the rate of theft among riders.

How To Start A Motorcycle Without A Key?

Starting a motorcycle without a key is pretty straightforward. With the proper procedure, the bike is run and kick start without damaging the parts or even the circuit.

To begin, one should first get a short strip of wire. The rider should cut a wire from a damaged speaker; it should be at least four inches. Finally, one should cut off the insulator coating at the two ends to expose the wire.

The next step is for the bike owner to look for the ignition system covering. It varies in bikes; some are close to the handlebars while others are right under the fuel tank. To make it easy, one should search for the location of the motorcycle’s ignition system online or refer to the motorcycle owner’s manual.

The wires might be red, green, blue, white, black, or yellow. The person intending to hot-wire the bike should look for the ignition source; it is a triple-coloured wire with a plastic wiring cap/socket. The cables would have another set plugged into it; detach them carefully.

Step 4: Plug the speaker wire into the socket

Step four is checking the wiring caps to confirm which leads to the ignition system and engine. One should then bend the speaker’s wire and plug it into the socket connecting both ends. Then, the motorcycle should come on.

If the motorcycle does not turn on with an engine click, it is essential to keep putting both ends of the wires in different eyes or connection places until it works. When it comes on, the biker should engage the ignition button on the throttle.

However, people should note that the location of the ignition system might vary on bikes and the colour of the ignition wires as well, regardless of motorcycle brand. One should always check for insight before taking the ignition casing off, or better still, one can contact the manufacturing company.

Another method to starting a motorcycle is using a flat head screwdriver and a hammer. It is a destructive method, so it is best not to try if there is no intention to damage the ignition. It is done by hammering a screwdriver straight into the ignition lock, breaking the cylinder’s pins, and then turning to start. The final method is to remove the plastic ignition switch from the rear of the lock, then insert a screwdriver turn, and the bike will start.

Are There Any Risks To Starting A Motorcycle Without A Key?

Starting a motorcycle without keys has minor risks which are relevant. So it would be best to look for a replacement when the key is lost and not make it a habit. Contact the handler or the company where the motorcycle was manufactured to get a replacement. 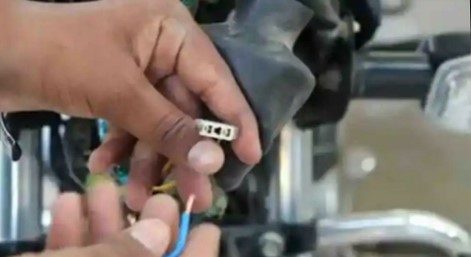 Steady Hotwiring Of The Bike Exposes The Circuit Board To Risks Of Damage:

The bike’s electrical system is covered to avoid injuries or electrical shock to the rider. While rolling down the road, the exposed hot wires could contact other wires or grounded metal nearby, creating a shock that could destroy portions of the bike’s circuits.

Because an errant exposed hot wire might begin melting the insulation on other wires in the circuit board, this will most certainly cause long-term harm. It will often reveal the other wires without instantly shorting them out, or it can thin the insulation to the point where a shock can occur in the future.

Even when a competent repair is performed, exposed or melted wires might be difficult to detect even by the most experienced mechanics. It could cause issues for years to come.

Causes Permanent Damage To The Bike:

Hotwiring an old-generation motorcycle might not have many repercussions compared to the newer generation. Some, if hotwired, would fry the boards and might even go ahead to cause permanent damage to the bike. That is probably why the ignition system is well covered to avoid prying hands unless by an expert.

A Potential Fire Hazard May Occur:

Then there is the risk of a fire hazard. For instance, if fuel gets spilt on the electrical circuit of the bike; surely there is bound to be a fire outbreak caused by sparks. Even though most fuel vendors do not make the mistake of allowing people with exposed electrical circuits to buy, cases like this could still occur. And it is to ensure the rider and vehicles’ safety and ensure the citizens around.

Starting a motorcycle by hotwiring goes against the safety cautions of the company. So it is crucial to hotwire bikes only as a desperate final measure. 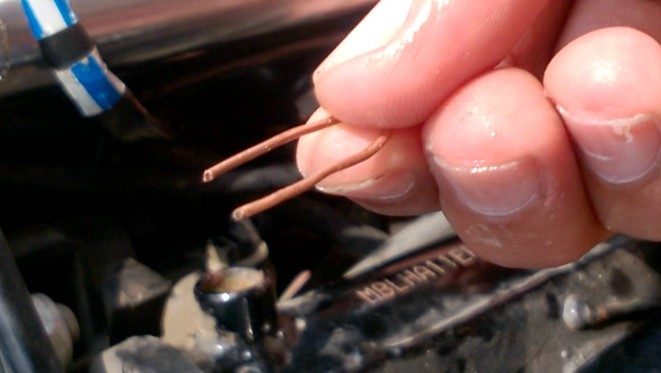 Hot-wiring is a tested and trusted solution for bikers who might have lost their keys. However, people should note that steadily hot-wiring their motorcycles may lead to damage on the circuit board. This is why knowing how to start a motorcycle without a key is important both for beginners and experienced motorcyclists.