Evo and Twin Cam are among the most powerful and reliable motorcycle engines globally. Both perform similar tasks such as oil filtration, cooling operation, cams, and engine power. Although Harley-Davidson both produces these engines, one might wonder which is more efficient between the Evo vs Twin Cam. In answering this question, one needs to consider the differences and similarities between the two engine models.

There are apparent variations between the two engines. Evo comes with an efficient combustion chamber that produces more horsepower. While Twin Cam has a better lifter design. Using the Evo model is pretty easy as it has a good power displacement. On the other hand, Twin Cam is eco-friendly and has excellent fuel injection.

This review examines the parities and disparities between the Evo and Twin Cam engine models.

Evo and Twin Cam are different in several ways regarding comparison. Both models have engines that differ based on their operation and horsepower. Below is a comparison chart that states the disparities between Evo and Twin Cam.

What Is A Harley Evo Engine?

It was originally known as the engine that saved Harley-Davidson from going bankrupt. Evo was a popular choice when it was introduced in 1984. Its engines were not powerful or notable, but they were reliable and ideal for motorcycles. Coined from the term “Evolution,” it defined Harley’s image and helped regain some of its market shares. 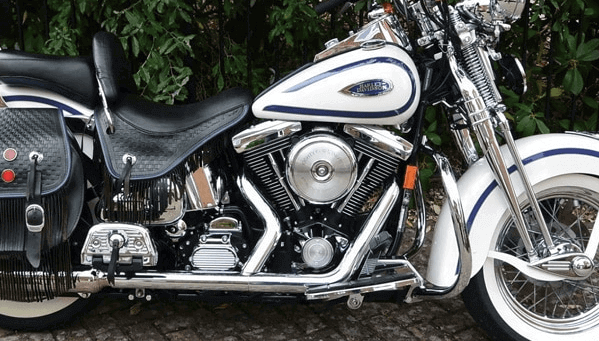 The Harley Evo engine is an air-cooled, V-twin engine. The engine was designed by Harley-Davidson in 1984 for his company’s motorcycles. It was an engine designed to replace the former models used in the Harley-Davidson V-twin bikes. The Evo engine is one of the first motorcycle engines made by Harley that played a crucial role in reviving the company’s fortune in 1984.

The Harley Evo engine has a high shift capacity of 1340CC. Hence, it is the ideal model for V-twins motorcycles. Its cylinders are made of aluminum metal that helps lower the bike’s weight. In addition, it operates on a single gear-driven camshaft that produces whining and clicking noises.

Some features of the Harley Evo Engine include:

All the various models of the Harley Evo engine come with a built-in fuel control and cooling system. It has an overhead valve fuel control. Also, it comes with an air-cooling system that disperses heat away from the engine.

The Harley Evo engine comes with maximum horsepower that boosts the execution of motorcycles. The 1200 engine model has an optimal horsepower of 58 at 5400 rotations per minute, while the 883 model has a maximum of 46 at 6000 RPM.

What Is A Harley Twin Cam Engine System?

The Harley Twin Cam is the second category of bike engine designed by Harley-Davidson. It consists of two cams designed to drive the drive-train and two cylinders to activate the valves. 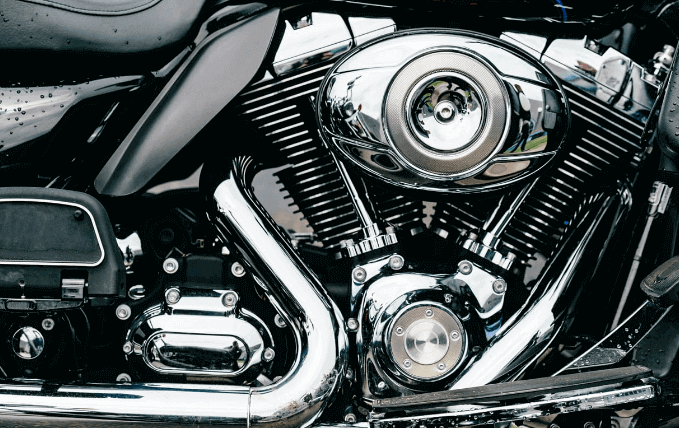 The Harley Twin Cam Engine System describes all the Harley-Davidson engine models produced from 1998 to 2017. These engines may differ from the Evolution models, but they bear few similarities to the Evo engine. A Twin Cam engine comes with V-twin cylinders configured at a 45 degrees angle.

Harley decided to build the Twin Cam engine due to the flaws of the Evolution engines. These newer models were more potent than their predecessors. It had a much better design that improved the motorcycle’s overall performance.

Some features of the Harley Twin Cam Engine include:

Evo Vs. Twin Cam: What Are The Similarities And Differences?

Evo and Twin Cam are both powerful engines that boost the performance of any bike. However, there are a few parities and disparities that separate them.

Below is a table that states the difference between the Evo and Twin Cam engines.

Evo Vs Twin Cam: Which Harley Engine Is Better?

Both engine models are kind of similar since Harley-Davidson designed them both. The Evo and Twin Cam come with custom-built systems that offer top-notch operations from any motorcycle.

There is no clear winner between the Evo and Twin Cam engines. It means that both are pretty efficient in their way. However, most people might choose the Twin Cam because of its reliability. While others will pick the Evo due to its lighter weight and four-speed transmission. It all depends on personal choice and preference to what suits your needs at that given time.

There is guaranteed optimal performance no matter which engine model one chooses for their motorcycle. The Evo and Twin Cam engines each have unique features and benefits that make either of them suitable. However, the argument of which is better between Evo vs. Twin Cam will continue for the foreseeable future. So depending on the engine model of choice, one is sure of getting a top-quality feat from a motorcycle.